We often field questions from parents, students, and community members asking, “I think my (friend, son/daughter, etc.) may be using drugs — how can I tell? What should I look for?”

Drug use and/or drug abuse can be a mystifying and scary thing. Many people suffer ill effects of drug use including addiction, depression, poor academic performance poor, decision making, and participation in high-risk behavior. Drug use can have long-term physical and mental health effects. Unfortunately, there seems to exist a “party” culture whereby drug use and/or abuse is seen by some as the norm. 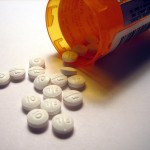 The term “drug” is often associated with illegal narcotics — but nationwide trends have shown that alcohol and prescription drugs are abused at very high rates. Alcohol and prescription drugs may be easily obtained through legitimate means but then widely distributed throughout social groups. Prescription drug abuse is often a gateway that results in the user seeking a better “high”. For instance, narcotic analgesic abuse/addiction can often lead to heroin use and addiction. Students may also take Adderall as a study aid or to increase academic achievement.  Learn more about drug abuse and helpful resources. 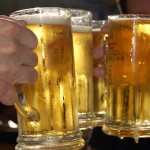 Alcohol abuse or binge drinking can also have many negative effects. Many people are concerned about the prevalence of date rape drugs like Rohypnol — however, alcohol is the most often used date rape drug.  Learn more about alcohol abuse, local laws, and the UW’s BASICS program.